The Royal Navy’s newest and largest aircraft carrier has been on its maiden voyage in Gibraltar since Friday and has set sail this morning.

The 65,000 ton flagship conducted routine logistics together with helicopter trials. 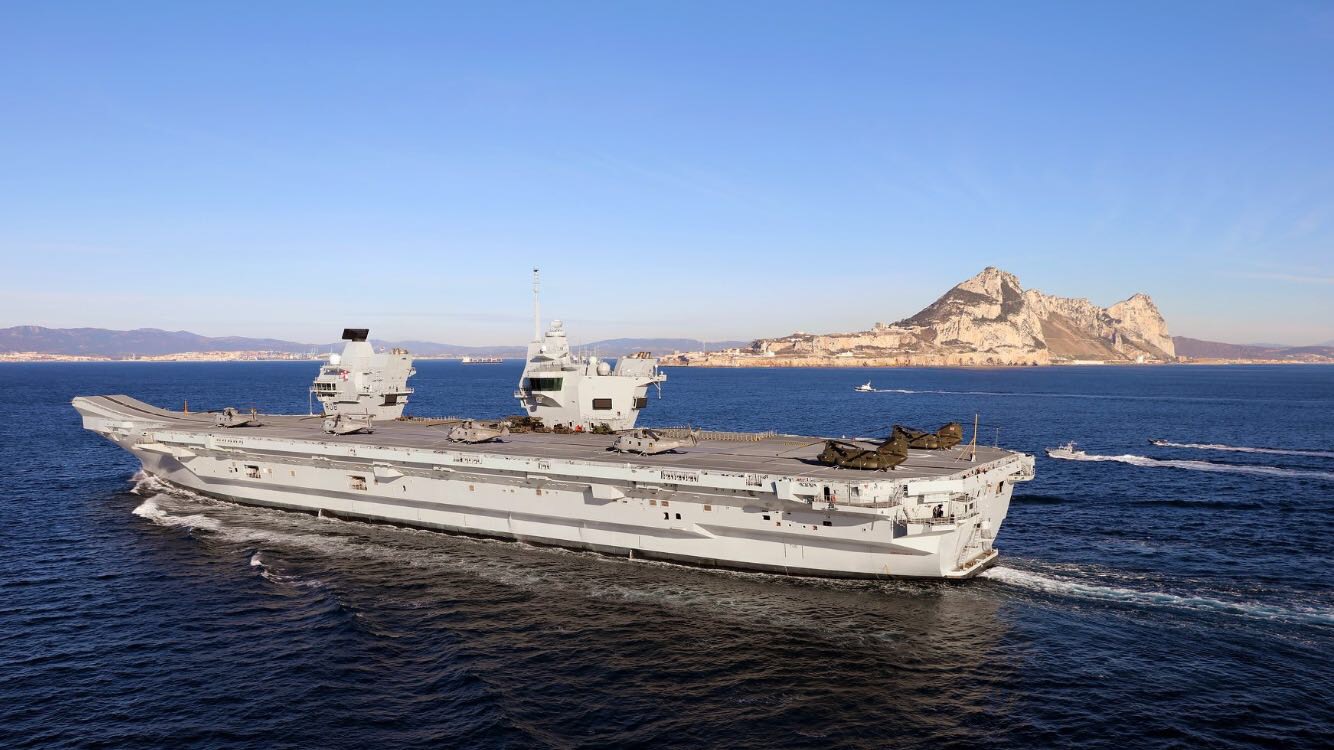 Gavin Williamson, UK Defence Secretary highlighted the Rock’s strategic role for the MoD: “As the Rock casts its shadow over the flight deck of our world-class aircraft carrier, Gibraltar rightfully marks HMS Queen Elizabeth’s first overseas stop as she refuels and takes on supplies before continuing her sea trials,” he said.

“I’m sure our friends in Gibraltar will be proud to see our future flagship sail through British waters into their famous port.”

The Governor of Gibraltar, Lieutenant General Edward Davis, took to social media to show his support:

A proud and confident day as HMS Queen Elizabeth visits #Gibraltar for the first time. Pride in the British #Navy’s resolve to remain a global force-for-good. Confidence in the Rocks’ vital relevance to supporting international security. pic.twitter.com/he893EjCNm